Album Review: Good For You – Life is Too Short to Not Hold a Grudge 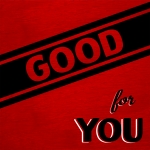 ‘Life is Too Short to Not Hold a Grudge’ is the début album from Good For You, the brand new band featuring influential guitarist and Black Flag legend Greg Ginn and professional skateboarder and musician Mike Vallely (aka Mike V). It is an interesting collaboration to say the least, a mingling of two scenes that have been closely linked and have influenced each other over the past twenty years; however it is not the furious hardcore meets skate punk album you may expect.

‘I’d Rather Die’ opens the album; an angry, rough-and-ready, a-melodic and utterly brash opening statement. The objective of Good For You seems to be as abrasive as possible, with toneless vocals and sharp, sandpaper-like guitars, aiming to create something rebellious and discordant. This mission takes one of two forms throughout the album; songs like ‘No Plan B’ are dumb skate-punk, tongue firmly in cheek, whilst ‘Free’ is a po-faced anti- establishment “anthem,” the rhetoric of Rage Against The Machine with little of the passion.

Even the so-called single of the album ‘Hanging Around’ has little in the way of accessibility. If the band has adopted an “I don’t give a fuck” attitude to the production of the album, then it is here where it begins to shoot them in the foot; there is nothing for a listener to connect with and it actively encourages an apathetic response in return.

Here is the crux of the problem with this album and is my major gripe with ‘Life Is Too Short Not To Hold A Grudge.’ These songs, though fairly lyrically proficient in places, are delivered with nothing short of apathy, a poseur-like middle finger to the listener. I can understand the frustrations and moods being conveyed on the album, but the delivery seems totally out of character with the past output of Greg Ginn. There is nothing urgent, gripping or offensive about Good For You, despite the obvious intentions.

The songs themselves are perfectly listenable if a little grating at times; there is just nothing that grabs you by the throat and forces you to listen. It is all a bit mediocre and that is a shame given the history that Greg Ginn has with making truly powerful and revolutionary music.

Overall this album didn’t do much for me personally. It may be of interest to die-hard Black Flag completists (and who knows, this might end up being better than the ill-fated reunion shows this summer) however there is not much to get excited about otherwise. For modern hardcore skate-punk, see Gnarwolves and avoid this crust-punk offering. An album of formless anti-establishment ranting, received apathetically.

‘Life is Too Short to Not Hold a Grudge’ by Good For You is released on Februay 26th via SST Records.

Good For You links: Facebook|Soundcloud