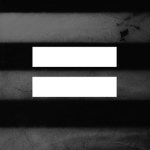 The sound of ‘Counseling’ is nothing but relentless and in your face; snotty shouted vocals leading the charge with a throbbing bassline, ripping guitars and solid drum work. For a debut release, ‘Counseling’ has a very ‘clear’ sounding production, probably one of the better produced hardcore records around, yet it still holds a raw bite to it. Like similar sounding bands, the band will go fast at full speed or follow a mid tempo trudging build up, but what makes it stand out is a sheer perfected delivery.

Lyrically the band are simple but straight to the point, going over such topics as breaking someone down to reveal their weaknesses (‘Lockout’), the troubles of tolerating or accepting the views and actions of others (‘Elders’) or the need to find something positive (‘Leave.’) The words that are spat out are easy to follow and have a catchy vibe to get you yelling along and grabbing the mic.

All in all, Go Deep has released a very well executed and mastered collection of songs that will certainly rile up the lost and the frustrated. Even in a somewhat bloated genre as this where a lot of bands mould together and lose their identity, Go Deep are unique because they know what they’re about and know how to deliver their genre well.

‘Counseling’ by Go Deep is released out now on Mayfly Records.