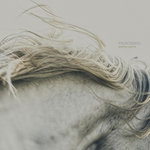 So four years ago, a big bunch of people got hyped for the release of Frontier(s)’s ‘There Will Be No Miracles Here’. It’s difficult to gauge if this excitement was exclusively due to the band being a composite of members from previously-adulated emo and hardcore bands (most notably Chris Higdon, singer/guitarist for the much-loved Elliott), or if there genuinely was something special about that EP. Having returned to it, I have to favour the former. To be honest, there’s more than enough 90s nostalgist musicians to go around for everyone and, as such, the songs feel like unessential additions to an already crowded genre. While it undoubtedly succeeds in places (‘Abul Abbas…’), the combination of streamlined rock with the slightest hints of heaviness otherwise almost never pulled off. New EP ‘White Lights’ is mostly more of the same, but also a slight improvement on its predecessor. In fact, let’s divide this up.

An easy way to look at this is any track shorter than 3 minutes is #moreofthesame and all those above are #slightimprovement. According to my easy-to-use method, you can effortlessly discern ‘Higher Hills’ and ’33/3’’’s underwhelming rocked-out Elliott extensions from the more adventurous, and occasionally expansive, tendencies of ’Our March’, ’The Low High’ and closer ’Bare Hands’. Let us straight up ignore the first two–because let’s be honest you’ve heard this sort of stuff a million times before–and focus on the instances in which Frontier(s) stray away from their ancestry.

Admittedly, ’Our March’’’s slower pace isn’t exactly reinventing the wheel but it allows Higdon’s surprisingly discernable words and voice to gather momentum and deliver some properly powerful stuff. Plus I won’t be undermining their dipping into post-rock territory for the final two minutes or so. ’Bare Hands’ is interesting in the sense that it serves as, perhaps, the EP’s most aggressive offering. In truth, there’s a lot of Elliott that lingers in the back of the mind, but it’s continuously undercut by the resolutely louder and heavier approach. The track explodes around the 4:30 minute mark (a section that should prove a live highlight) and turns into an expansive midsection that will likely also have crowds going wild as they get to sing along.

Everything good about Frontier(s) comes from those tracks that break the conventional rock mold. As soon as they relinquish their urge to fit into traditional song structures, there’s a sense that they really let everything out. There’s power, heaviness, a distinctive voice, and sections that promise to work magic live. Should they start to focus more heavily on tracks in the vein of this EP’s bottom half, we might be starting to look at something genuinely very exciting.

‘White Lights’ by Frontier(s) is out now on Tiny Engines.