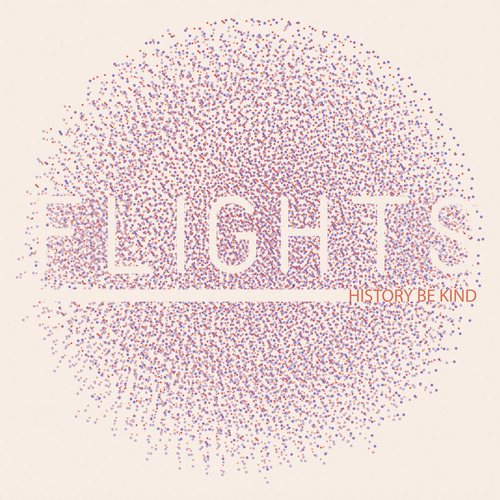 Some bands produce records to push a couple of singles. Whilst others produce records to create a body of work that represents that band in that moment and time, and that is what Bristol quartet Flights have done with ‘History Be Kind’. Over the course of forty-five minutes they take you on a musical journey that transcends numerous genres, giving Flights the opportunity to not be boxed into any genre.

‘Storms’ provides a grand start with a towering chorus before ‘Empire Gone’ carries on the momentum with soaring melodies, larger-than-life drums and an anthemic chorus that simply leaves you overwhelmed. Together they provide a strong start that gives the record tons of potential to be extraordinary, yet it’s not quite fulfilled.

The atmospheric ‘Archives’ plays off the band’s post-rock favourability, bringing the grandiose tone of earlier tracks down to more intimate level. However. the band’s dazzling musicianship shines through making it one of the album’s most compelling numbers.

Elsewhere ‘Yellow Bentines’ makes good use of the slow-buidling method with ringing guitars and dense drums dominating for the most part. Whereas ‘Disappointed But Not Surprised’ captures the band’s twisting, layered approach with angular guitars and ‘Borrowed Time’ somewhat wakes the album after the sombre ‘Night Pool Supervisor’, with its sharp riffs and fast tempo.

‘History Be Kind’’s downfall comes in its inability to produce a defined identity for Flights. Songs like ‘Tired and Worn’ and ‘Doubt’ send the album into a slight lull and aren’t as effective as intended. You’re ultimately left with a record that is admirable yet unrewarding. The band’s craftsmanship is certainly applaudable as their use of uplifting melodies and time signatures adds coherence to the record. It’s production and overall tone is ideally rich, but after hearing ‘History Be Kind’, you’re left thinking it’s impact could of been greater.

Nevertheless there are a plethora of ideas here to leave you interested. It’s a record that demands the listeners attention and requires time to be invested into it, otherwise it unfortunately comes off as slightly lackadaisical.

‘History Be Kind’ by Flights is out now on Scylla Records.