Album Review: Fatherson – I Am an Island 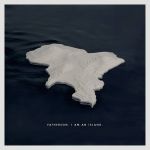 Every once in a while you hear a record that is so good and so powerful that you can’t help but ramble rather haphazardly about how wonderful it is. ‘I Am An Island’, the debut album from Fatherson, is just such a record. Although, if you bear with me, I’ll try keep this succinct and to the point.

The Kilmarnock quartet have long been undiscovered gems to those in the know in the music scene north of the border. After ‘I Am An Island’ drops that will certainly no longer be the case. This is an album with the power to take the listener to a far happier and serene place, washing irresistibly over you with beautifully judged ebbs and flows of mood and pace. All with a basis equally in indie, folk and alt rock, with the flavours of each genre given Fatherson’s stark and mesmerising unique take.

Between the raw vulnerability of singer Ross Leighton’s vocals and the band’s ear for fragile and airy guitar tones, it would take someone almost totally without soul not to feel an instant connection to ‘I Am An Island’. From the haunting opening seconds of the album’s opener and title track, it beguilingly lures you in before the chorus drops and things get a bit a stratospheric.

From the outset the lyrical tone is set. That of a coy and honest assessment of the difficulties of the isolation and alienation all too often ignored in modern living, albeit delivered in a warm, empathetic and effecting way. Frequently this creates an interesting juxtaposition of delicate and self-aware lyrics playing off against swelling uplifting choruses, backed by a wave of guitars and strings. Occasionally there’s even a sneaky yet surprisingly accomplished falsetto thrown in for good measure.

‘I Am An Island’ is an utterly captivating and soul-restoring debut. Fatherson are a band with such a variety of skills in their locker that fans from a cross section of British music could soon be citing these Scottish lads as their new favourite act. Anthems, ballads, straight up rockers and pure poetry, Fatherson have it all.

I Am An Island’ by Fatherson is out now on A Modern Way.