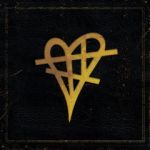 For the last few years, alternative music has been generally quite down to earth – rock, punk and metal bands have tended to avoid having too much of a flamboyant image or persona for the most part, and focused on making music rather than constructing characters, obviously with exceptions. Then, given the cyclical nature of the music biz, it’s not surprising that we’re starting to see some exaggerated artists peek their heads out. Farewell, My Love, are one such band.

The Arizona rockers make no secret of their theatrical flair. They proclaim that “Rock stars are superheroes who take the stage propelled by a pomp and circumstance rivalling the royalty of old” and it really isn’t hard to hear that in their debut album, ‘Gold Tattoos’. Whether this is a good thing or not, however, is an entirely different matter.

The band sets out from the very start to create a theatrical rock sound with added melodrama – kind of like My Chemical Romance’s ‘The Black Parade’ as imagined by Black Veil Brides – which hits with varied levels of success. Some songs come off as hook-laden rock powerhouses, such as ‘Faceless Frames’ which coherently progresses from energetic intro through to huge choruses and solos and manages to avoid sounding overly hackneyed. Other songs don’t fare so well. Opener ‘Afraid of the Dark’, for example, starts the album with a cheesy heart beat increasing tempo into an attempt at Avenged Sevenfold-style lead guitar. From then on the song is packed with childish lyrics like “it taunts you (wanting more serenity)” and “open the chest that is locked inside your mind” which sound like they would be at home on a 12 year old’s myspace circa 2006. Unfortunately the latter is much more common on the album and as a result I found myself wondering whether this was a cynical attempt to sound deep and brooding in order to appeal to early-teens filled with misdirected angst.

Lyrics aside, perhaps the biggest problem with ‘Gold Tattoos’ is the instrumentation. Throughout the album, there are some very questionable choices in the accompaniments to the traditional guitar/bass/drums set up. ‘My Perfect Thing’ is a particularly jarring example, with what sounds like a xylophone or glockenspiel playing totally at odds on top of a section driven heavily by distorted guitar. Other sections work better – such as the orchestral arrangement in ‘Angels’ which sounds reminiscent of The Used’s ‘The Bird and the Worm’ – but ultimately the added accompaniments and keyboards feel a little bit fake which cheapens the experience somewhat. Ryan Howell’s vocals do help to redeem the slightly shoddy instrumentation though; despite their high pitch being a bit overwhelming, they do sound impressive as something to appreciate rather than enjoy.

Despite their obvious penchant for ambitious arrangements, this album was not a massively pleasant experience to listen to. Hackneyed lyrics, cheesy orchestral parts and an explicit ‘rock star’ attitude make it difficult to appreciate the songs on an artistic level, in a similar way that hair metal in the 80s failed to engage with much beyond the superficial. Then again, maybe that’s what the “larger than life” 5-piece were going for and it just isn’t my thing.

‘Gold Tattoos’ by Farewell, My Love is released on 3rd February on Standby Records.