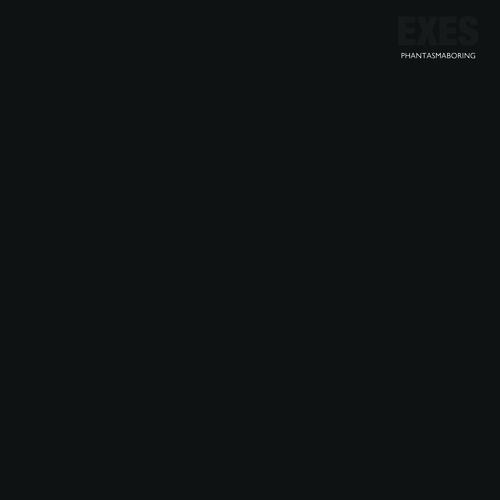 Exes is the new collective form of about 3 past projects, primarily Tropics, but also hardcore band Narrows and math rock outfit Gods, Meet Me In St Louis. This 4 piece has however converged in a single group quite far away from Missouri, making their first outing with their debut album entitled ‘Phantasmaboring’. Whilst this title is thankfully not an accurate description of itself, this album nonetheless fails to be a convincing step in any direction.

Especially when it comes to music, first impressions are everything. People make strong judgements in very short amounts of time, and so for anything to stand a chance it needs to grab you within literally seconds. The first track ‘Nations’ starts off well enough, with an interesting riff almost reminiscent of a band who the title references half of (United Nations), but the moment the vocals come in it’s a disappointment; a disappointment that sums up the rest of the album.

All this is a shame when you stop to listen to what lies beneath. There are interesting hints of a mathy, angular sensibility to be heard in both the riffs themselves, as on ‘Forge’ and ‘Bottle Green’, and in the actual guitar tone. Indeed, the production on this album does help things, sounding clean and balanced but with interesting panning decisions which save things from feeling sterile. But when all this sits below vocals that leave much to be desired, it can all too easily go by unnoticed.

In summary, Exes have fallen by the wayside by a problem that isn’t entirely unpredictable for a band still in their infancy. That is, the lack of persuasiveness felt seems to be indicative of a band still trying to reconcile their musical differences and pasts into something concrete. There is clearly potential here, but on this occasion Exes have not reached it.

‘Phantasmaboring’ by Exes is out now.