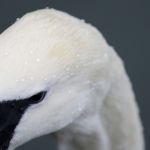 It’s clear from the beginnings of ‘The Pursuit’, the debut album from Winchester post-metallers Echoes, that they have struck a wonderful balance between heavy and soft. The structural aesthetics of the tracks have been carefully considered and the band has focused on creating huge, explosive pieces that veritably crackle with energy and drama.

‘Empty Lungs’ immediately brings to mind acts like Isis and Cult of Luna with enormous thundering riffs and pounding drums, a wave of pure intensity. When the storm breaks and the gentler elements of the track emerge, Echoes capture the moment with all the majesty and subtle craft of Mogwai.

Where so many bands of this ilk rely completely on themes of darkness, loss and sadness, Echoes have an underlying positivity about them that is thoroughly uplifting. At times they are every bit as crushingly heavy as their contemporaries, but even here they emanate such euphoria that any bleaker connotations are dissolved.

‘Leaving None Behind’ showcases this perfectly: a furiously powerful yet utterly joyous track that also demonstrates the frankly remarkable set of lungs that vocalist Joshua Turbin has at his disposal.

His voice has a wonderful cadence. It is guttural and muscular, hauling like a dreadnought cutting the ocean; yet it remains nonetheless human. With many heavy bands the vocals sound so extrinsic that you can’t put a face to them, but Turbin has a soulfulness that breathes warmth into their music.

Third track ‘The Pursuit’ builds instrumentally, pushing upwards and steadily expanding the sound as it becomes increasingly charged, before Turbin’s bellow perforates the ambience and knocks your head back. The way this tracks explodes as his voice combines with the frothing, raging torrent gives you that feeling in your stomach like you’re dropping.

Many people find this kind of music impenetrable, mainly due to the length and it’s looping, slowly evolving nature. Often it requires the listener to have the patience to allow the track to evolve and to take on the bigger picture rather than focusing too heavily on one instance.

Not so with Echoes, who have an almost anthemic immediacy about them. Their tracks rarely venture above five minutes in length, and even when they are protracted, as with ‘For What It’s Worth’ and closing number ‘See & Believe’, they evolve constantly from moment to moment, not allowing your attention to wander.

I enjoyed listening to ‘The Pursuit’ immensely and to hear something as accomplished as this produced by such a young band as their first album is very exciting. I guess my one criticism comes almost as a result of my increasingly raised expectations on listened through the record.

I feel that given their intelligent and creative approach to forging their songs and their almost effortless ability to drift through shifting structural elements, they could experiment a little more with their delicate side. Almost all the tracks are prominently heavy, with the calmer moments acting as interludes to the onslaught.

Occasionally bringing those tender parts to the fore and making them the focus may have created a more rounded album, and it would have been interesting to see how they treated things when taking this approach rather than using a similar template throughout.

That said, I am left in absolutely no doubt that Echoes are a band of monumental potential, and with a debut of this quality it is clear that whatever follows as they become more experienced will be something to behold. A mesmerising, sonorous and stirring creation from a band I cannot wait to experience live.

‘The Pursuit’ by Echoes is out now on Invictus Distro.