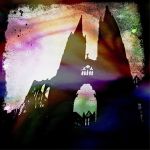 Opening an EP with 45 seconds of dark and dirty growling is certainly one way to grab the attention. This latest installment from Sludge’s favourite sons, Down,definitely starts with a bang. The opening track to ‘Down IV – Part Two’, ‘Steeple’ gets the head banging and the fists pumping.

For a lot of metal heads, the draw of Down is the iconic vocals of Phil Anselmo, but in recent times the band as a whole have really harnessed their sound and this latest outing seems to be more about the roughness and dirtiness of the riffs that run through this six track EP. Don’t get me wrong, Anselmo’s lyrical presence is still a huge factor in ‘Down IV – Part Two’, it just feels like the band have really embraced making their guitar tone sound as dirty as possible while still producing great riffs.

This is very apparent in ‘We Knew Him Well’, where it just seems that the whole way through the song there is just one continuous face melting riffs on a loop that is relentless and does not give an inch, classic Down.

The stand out track is ‘Conjure’; the eight and a half minutes of pure doom is what people have come to expect from Anselmo and company. Slow build up, growling raw vocals, heavy as hell riffs and drum fills that will have you air drumming all over the shop. Down have really hit the nail on the head with this track. By the end of the track, you will have the horns held high and your head banging (that’s a promise).

It is always a bit of a risk splitting an EP into two records, especially when there is a two year gap between the releases. Fans may feel like they are being conned, but having listened to ‘Down IV – Part Two’ on a constant loop for about three hours, I think it is safe to say Down have not cheapened the EP by splitting it into two, but have instead made waiting for ‘Part Two’ all that bitter sweet.

With the band set to headline the Friday night of Bloodstock, UK fans seem to be in for one hell of a treat when the Down wrecking crew comes to Derbyshire.

‘Down IV – Part Two’ by Down is out now on Roadrunner Records.