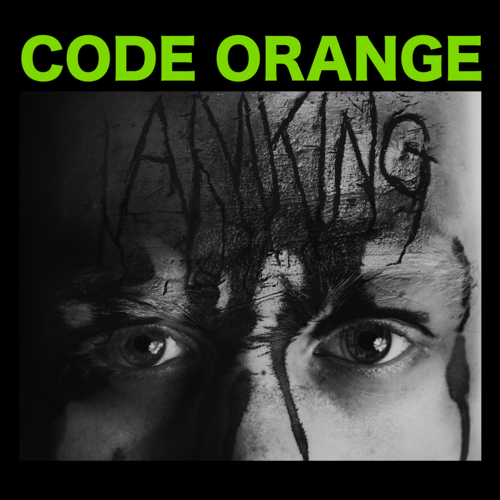 With ‘I Am King’, Code Orange have released an absolutely devastating collection. In equal parts gorgeous soundscape and sheer terror, this is an album that far surpasses the hype surrounding it. So massive is the project that it’s difficult to pare it down and talk about constituent parts – the entire album is an unrelenting experience, beginning with the title track’s ungodly intro and then never letting up.

Of course there are sections, such as the monstrous ‘Thinners of the Heard’, which cut through with enough sheer ruin to distract the reverie. But these moments stand only as further confirmation of ‘I Am King’’s power. Rarely does an album so breathtakingly brutal also take that same breath with its artistry. ‘Unclean Spirit’ is two minutes of pure discordant perfection and the winding haunt of ‘Alone In A Room’ unstoppable. The previously released ‘Dreams of Inertia’, a stylistic standout, is slower and somehow more atmospheric than the rest, but is a heightening of the atmosphere Code Orange so skillfully develop across the wasteland of this record.

‘Mercy’, the closing number, is disconcerting on a new level, switching from suspense building subtleties, through crushing heaviness and a hairs-on-your-neck interlude, before tearing once more into a final display of ravenous might. With it, ‘I Am King’ comes full circle, fading out into the same despicable tremors that launched the title track in the opening.

Code Orange is a band with an almost literal cult following. When that aspect of their being first began to emerge I liked the band, but I wasn’t sure I understood. With the release of the phenomenal ‘I Am King’ I can only offer myself in dedication. This record demands attention and it deserves as many listens as it can conceivably be given. At this point I’ve had it on a continuous loop for so much of the last few days that I can feel it in my bones – and my bones want more. Phenomenal.

‘I Am King’ by Code Orange is out now on Deathwish, Inc.