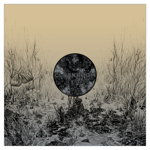 The adept listener (or music-scouter, rather) could be forgiven for assuming that any new band boasting the presence of former Grown-Ups member Doyle Martin would result in fast-paced, mathy, vital emo music to fill the whole the aforementioned have left (though that’s not to say that the recent revival of promising bands within the genre has been deflated by their demise). This sort of wishful thinking gets us nowhere, unfortunately new concoction Cloakroom, in which Martin is accompanied by Brian Busch, and Robert Merkof, doesn’t get us anywhere either. Or is it WE that don’t get IT? All is revealed as this reviewer scrutinizes debut EP ‘Infinity’.

If ever it was Martin’s intention to veer as far as possible from his former band, then his attempt is a resounding success. Slow and expansive, Cloakroom delves into a slighter, less groovy, version of stoner rock, one that is perhaps more concerned with reaching volume’s point of saturation than with the genre’s progressive and melodic elements (much like a lot of Jesu’s output). Opening track ‘Sedimentary’, in fact, shares a lot of similarities with that band: a rather self-indulgent 9 minute-length, a deep ethereal voice, and a lot of keeping those volume indicators in the red (oh did I not mention the EP being named ‘Infinity’? As in Jesu’s 2009 album ‘Infinity’?). Sure, the song opens to the distinctively clangy guitars and minimal melodies of emo, swiftly united to the assuredly mellow tones of Buzan, and those are genuinely lovely moments. After an excellent build and release at the 5 minute mark, the band appear to have clearly set their stylistic and structural markers. YET, surprisingly, the track continues for another four minutes of guitars and effects. Exactly the sort of soothing finale you can give when a song has erupted into authentic catharsis (one shared by the musicians as much as the listener), but ‘Sedimentary’s’ climax is adequate but certainly not the sort of liberating emotional experience that might warrant such an extended ending, which instead comes off as a rather pompous affair.

The light, melodic notes that introduce ‘E’ deceptively point towards a less saturated affair, but the band swiftly revert back to cranked-up levels and while the loud/quiet dynamics rarely fail to be effective, Cloakroom’s arrangements often disappear into a somewhat grating drone. In some instances, such as the noisy mid-section of ‘E’, these grainy textures don’t seem out of place, but the rest of the track’s heavier moments suffer from them more than anything. This dangerous aesthetic choice lurks at every corner on the EP. The brisk intensity of ‘Dream Journal’ is no stranger to it, though the track’s shortness would perhaps justify its use as a distinguishing feature were it not pervading every inch of the first three tracks. Finally, ‘Bending’ suggests a chronological learning curve. Bazan’s gentle, effected croon floats amidst the understated build-up, as the instrumentals evoke a thunderous roar one minute and softer tones another. Passed the four minute mark, a light fuzz solo erupts at a measured pace, effortlessly guiding the listener towards its noisy ending. No annoyingly forceful grain, just plain good songwriting. Finally, ‘Mynd Funeral’ goes full-on dark and brooding. Cymbals crash consistently, clanky guitars resonate and Bazan’s voice retreats to the back, serving more as an melodic counterpart to the instrumental wall of noise.

Cloakroom genuinely save themselves from genre trappings on the two closing tracks in which everything fits together to make decent stoner-rock tracks. The other three, I’m afraid, are somewhat derivative affairs that struggle to find a good balance between ‘wanting to sound like a stoner-rock band’ and actually writing good songs. Thankfully, ‘Infinity’ bears all the symptoms of being a starting point, and there are a variety of ways the band could look to evolve in the future. Here’s to hoping they don’t stagnate.

‘Infinity’ by Cloakroom is out now on Run For Cover Records.