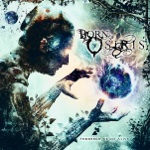 In the metal genre, if anything betrays a severe lack of fresh ideas it’s orchestral intros. Their deployment is a cheap way of feigning epicness, rather than earning it by writing songs that organically feel huge and powerful. It’s especially disappointing when guilty band Born Of Osiris had, until this treason, been such a beacon of light in the metalcore arena. Their second album ‘A Higher Place’, for example, truly deserved its ‘epic’ label. Keeping with the technical and aggressive approach of their first, rather more generic, album ‘The New Reign’, the Chicago outfit shifted the synths’ style from parasitic freneticism to tasteful melodicism. The result was a powerhouse metalcore album that felt progressive and atmospheric enough to stand-out from their sheep-like peers. Third album ‘The Discovery’ tried to provide the same delicious cocktail, but while the recipe was followed to the letter, it seemed the ingredients just weren’t mixing as perfectly anymore.

Prior to its release, new album ‘Tomorrow We Die Alive’ was already being touted as ‘The Discovery II’, which itself could then more accurately be called ‘trying-to-emulate-A-Higher-Place II’. The issue bands vying to find that particular spark again is that, in their desperate attempts, they forget to actually evolve and push the boundaries of their own niche. Worse, their creativity is more often than not irretrievably stifled from the desire to recapture an elusive alchemy. Unfortunately, the present writer is sorry to have to bear the diagnosis of those most depressing of symptoms in Born Of Osiris’ latest effort. It all starts with that dreaded orchestral intro…

Battered drums, chugging riffs, guttural vocals, harmonized solos and a handful of interjected synth moments, the band cover all their bases, but there’s nothing here that a thousand other copy-paste bands (at the current rate, we might be reaching the millions by now) haven’t already done before many times over. The psychedelic touch that elevated ‘A Higher Place’ (and I only bring it up consistently here because the band is so obviously incensed with the idea of re-discovering that peak) is nowhere to be seen, nor is any other stand-out element. Where the synths used to surge, float, rise and tumble with real drama, there is now nothing but uninventive metal ready to be tossed in the gigantic scrap yard of metalcore.

Arguably, it’s not entirely doom and gloom as a couple of tracks do hint towards the remaining ghosts of genuine creativity. If there’s any chance of resurrecting this band’s life-force, it’s by focusing on banging out tracks like ‘The Illusionist’. It might not have much in common with their celebrated style, but the instrumentals are driven, powerful and, combined with the technically-impressive synth melodies, just plain good fun. What if the band simply ditched their nostalgia and just went for it like they do on ‘The Illusionist’? The prospect of that band is something that excites me, the reality of what it is today, on the other hand, is something I wholly reject.

‘Tomorrow We Die Alive’ by Born Of Osiris is out now on Sumerian Records.