Album Review: Being As An Ocean – How We Both Wondrously Perish 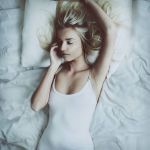 Tumblr users have always been fond of thought provoking and emotive lyrics over mountains, woodlands and other such scenic… scenery. It’s from this collection of creative concoctions that I first came across the name Being As An Ocean, and such a name stuck in my head as it’s quite unique and highly interpretive. So, finally listening to the band on their second album, ‘How We Both Wondrously Perish’, was a first for me and quite frankly, the music fits the band’s name.

I’ll elaborate somewhat, as surely that’s what an album review is supposed to do. Being As An Ocean are, what I would describe, as melodic hardcore. Not in a straight up sort of Comeback Kid sense, but more in the way of Defeater and Misery Signals, and that’s meant as a complete and utter compliment; it’s creative. It’s creative in the delivery, the art and even the practice. The album opens up with ‘Mediocre Shakespeare’, which embodies all manner of distinct hardcore flair of octaves and rolling drum fills, leading into the clean vocal led chorus. However, the further into the album we delve, the further that the creative output is brought to the foray, with ‘L’exquisite Douleur’ jumping into a spoken word verse very much in the realm of Listener. The juxtaposition between the focus on lyrical, spoken word sections and the grasp of throat wrenching vocals showcases, to me, a band who have real intention with what they want to convey and know exactly when to utilise such talents for their purposes.

The further that the album drives on forward with their creativity, the more it gets a little bit lost. Not in the sense that it’s not there, but in the sense that it’s not as focused. For instance, the first half of the album feels more like the band that Being As An Ocean are right now, whereas the latter is where they want to be; but it doesn’t feel quite right at this moment. ‘Mothers’ feels like an example of this, with the slightly awkward trumpet led finale which feels quite weak and unsure in itself rather than it’s intention, which I imagine is simply to be different. It shouts La Dispute at me but ‘How We Both Wondrously Perish’ isn’t quite there yet. This same critique of mine can be cast onto ‘Natures’, which feels really unnatural, actually, with the vocoder led vocals.

Whilst it might sound highly critical of me, it’s not. It should be seen as constructive criticism in what is a glowing, ambitious record that houses a lot of promise and potential. It’s creative, artistic and heading on the same path as the aforementioned bands, which may or may not have been influence to this collective group of individuals known as Being As An Ocean. Having now been fully fed the music of said individuals, I’m glad their name was interpreted how I imagined their music would be; quite literally to their name, vast and deep. There’s plenty to be explored.

‘How We Both Wondrously Perish’ by Being As An Ocean is out now on Impericon Records .

Being As An Ocean links: Facebook|Twitter