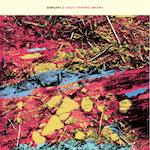 Exeter based three-piece Bangers are back with their highly anticipated second album after releasing their debut album ‘Small Pleasures’ back in 2009. The band are quoted as saying they take their lyrical inspiration on the record from “personal, mundane joys, questioning the world around you and the way in which it’s presented to you”, so all of a sudden the album title ‘Crazy Fucking Dreams’ becomes incredibly suitable. The dreaded second album is always a difficult one to write, especially when your first one was received as well by the fans as the first Bangers record was, so I’m extremely relieved to let you know you that with ‘Crazy Fucking Dreams’, you can leave your worries at the door, hit play, sit back and enjoy.

Right from the off with ‘A Curious Mix’ we’re introduced to a slightly different Bangers than we might have expected. It’s a little bit slower, a little bit noisier and most importantly a bit more musically thought out, and while it’s nice to hear that the band have tried to put a different spin on things, it doesn’t take long before we’re re-introduced to the Bangers we know and love with the second track ’Blind Hindsight’. It’s that classic fast punk sound we’ve grown to expect from Bangers over the years. It’s a rather smart move from the band to include what I would label as the two different sides of this record within just the first two songs, almost as a warm up for the listener so they know what to expect. The two different sides being of course, the classic Bangers fast paced punk sound with the gruff punk vocals, with the other being the new and improved more experimental Bangers we were introduced to with the opener. With that said, I do even feel like the songs which incorporate the classic Bangers sound such as ‘A Quite Different Coastline’, ‘The Local News’ and the previously mentioned ‘Blind Hindsight’ still show a slightly evolved version of that token Bangers sound I keep mentioning. To put it simply, although the previously mentioned tracks carry the sound that Bangers also executed on previous releases, they would still stick out when put next to the older tracks because, quite frankly, these ones are a lot better.

Bangers have clearly worked hard on the writing of this record and wanted to not just match the quality of their debut, but better it. It’s an art for a band to not have to completely re-invent themselves to evolve, and as the record moves on with tracks like ‘The Woods’, ‘Bad Jokes’ and the finale ‘Creeping Vermin, I Know You’ (which I’ll talk about in more detail in a minute) we are shown this new and improved Bangers in full force. I get something out of these three particular tracks that I don’t get from older Bangers tracks. I can’t quite put my finger on what it is, but I guarantee it comes down to the band members growing as musicians and the band itself growing in sound. When you can get that right without having to go back to drawing board and re-invent yourself completely after every album just to stay interesting, you’ve got something. With ’Crazy Fucking Dreams’ Bangers have managed just that.

The outro track, ‘Creeping Vermin, I Love You’ is one of my favourite things about this album. It clocks in at a mere 2 minutes, yet still manages to feel like an absolute anthem of an outro. The vocal parts are literally begging to be sung or shouted by a venue full of a people, especially when it drops to just guitar and vocals toward the end of the track. On top of that, I think it captures the side of Bangers that I like most about this record. The slower, gritty, more experimental side that we’re not really familiar with.

In conclusion, you should listen to this record. It’s got a song for (almost) anyone and doesn’t get boring throughout it’s entire duration. It’s fun, it’s well written and I can only see Bangers moving onward and upward from here. The ability to evolve as a band and still keep the best things about your previous sound is something that should be applauded. On top of that, I imagine most of these songs are somehow even better in a live setting, so you will almost definitely want to head to one of the UK or US shows they will be announcing soon when you’re through the record.

’Crazy Fucking Dreams’ by Bangers is out now on Beach Community.