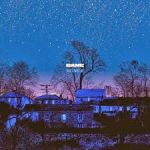 As much as I’ve been putting off saying this sentence, I’m just going to have to go ahead and say it; this is the first time I’ve listened to Bane. I do understand how important Bane are to the hardcore scene and so many people within and around hardcore, so the fact that I’m reviewing this record on the back of listening to State Champs and Twista for a whole week seems rather surprising, for lack of a better word. Rather than seeing this as a lack of knowledge on the band I’m going to take it as a clean slate. I’m a music fan listening to a band I haven’t heard before and it’s as simple as that. Luckily though I can sneak in a bit of a spoiler and tell you that I like it. For what the record is, regardless of prior albums and such, it’s good. PHEW. Well, it might be their worst release EVER, but if I think it’s good then new fans know that going back will only unveil gold, right? You see what I’m getting at, so let’s begin.

‘Non-Negotiable’ pounds away on the toms for an intro to really sink your teeth into. The pummeling intro of the song slowly devolves into a lower face-pummeling tone as the song progresses, but with the song being the first on the album it’s back into the palm muting riffs of hardcore pleasentries with ‘All The Way Through’ before that ever so versatile half open hi-hat beat comes into play. Gang vocals are a plenty as expected and the double time kicks in, reminding me of a personal favourite of mine in the form of Comeback Kid. HOWEVER, I realise that Bane were first, as and such, I can see where the influences of CBK are to be found. And it’s not the first sign of influence either. The opening of ‘Wrong Planet’ even sounds like Defeater, minus the vocals of Derek Archambault. No surprise really seeing as Jay Maas of Defeater actually recorded the album, and I’d bet my bottom dollar that Defeater are a band largely because of Bane.

Middle of the album ‘What Awaits Us Now’ goes all out with blast beats and brings in a whole new subgenre along with it, before going back to the usual standards. I have this little feeling that Bane have always been one of those bands who do what they want and, probably unsurprisingly, always pull it off. It works here as there’s plenty of riffs before diving into those half time, chug based head bangers that we’re all so accustomed with.

I’m finding it a bit tricky to summarise everything else because as I’ve said before, I’m not really clued up on Bane or the hardcore scene in general. Whilst I do enjoy what I hear it’s not something I’d listen to if I had the choice. I mean, it is good for what it is, but it’s nothing special, groundbreaking or one final game changer before Bane finally call it a day. It is, if anything, a release that showcases a lot of what Bane can do and a reputable end to their discography. Now I’m realy going to have to go and listen to some older Bane material.

‘Don’t Wait Up’ by Bane is out now on End Hits Records.