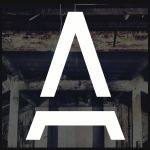 Alaya are the latest shiny new product from Los Angeles: a city responsible for delivering unto the world outstanding music in the past, but equally as culpable in producing vast swathes of rock-orientated doggie-do that starts off thinking it’s something pretty special and ends up in the CD bargain bin in Banardos.

Luckily for Alaya, the kids don’t buy CDs anymore anyway. Nevertheless, their debut release ‘Thrones’ is deeply flawed and makes a right hash of representing a band who are talented enough to write something far, far better.

The main issue it suffers from is a major identity crisis. Not knowing whether to play to their strengths and passions and write a metal album or pander to the masses and go MTV friendly, Alaya tried to do both things at once and ended up tripping over their own feet.

It begins with ‘Inside’, stabbing tech-metal supported by a thundering double-bass pedal. They initially come across as an adventurous lot as they dive into a poppy, alt-rock verse-chorus-verse structure, before building into a layered, almost proggy outro.

It’s a curious opener but not a strong one, because despite the musical variation and talent on display, at no point does it feel like the flavours are properly marinating. You could leave the song for 60 minutes in a pot with a well-prepared sauce, seasoning and plenty of garlic and it still wouldn’t have any taste when you served it.

The vocals, handled by guitarist Evan Dunn, are engineered to sound very atmospheric and theatrical, and this is in part achieved in the studio with plenty of production and effects going into this element of the music. The end result is something that sounds like it’s taking itself way too seriously given that it’s essentially accessible music for young people.

Frustratingly you find yourself loathing some of the tracks on ‘Thrones’ and almost deciding you absolutely cannot stand them or listen any longer, and then they’ll hit a sweet spot and you’re thinking, “Why the hell didn’t you do this the rest of the time?” This mainly happens when they decide to drop all the pomp and nonsense and just write straight out pop music.

‘Poor Gloria’ has an insanely catchy melody to it as Dunn’s voice surfs majestically over a shimmering, ethereal riff. You want to put it on again straight away and have to remind yourself that a few minutes ago you were wondering where the nearest Banardos was.

Later track ‘Thrones’ shares the same head-nodding qualities whilst the rasping cries in the heavy yet spaced-out ‘Sleep’ makes it sound like Vheissu-era Thrice (yes, that IS a good thing).

Ultimately though, it’s not enough to rescue the record. Most of the tracks have quite unusual constructions, yet they’re so mid-paced and with such conventional elements, so archetypical of what audiences expect to hear these days, that the cynic in you can’t help but feel annoyed at Alaya for not taking more risks and using their very apparent abilities to give us something more bloody exciting  than this.

‘Thrones’ is a deeply confused record, struggling to properly orientate itself and staggering about haphazardly like Bambi leaving the pub. My best advice to Alaya is that they need to stop pootling about and decide who exactly they are, so they can write their next album with confidence and make us all happy. At least they tried to be different, and with the right balance I don’t think their next effort will be this bad.

‘Thrones’ by Alaya is released on 17th March on Basick Records.