A New Found Connection: Heart of A Coward 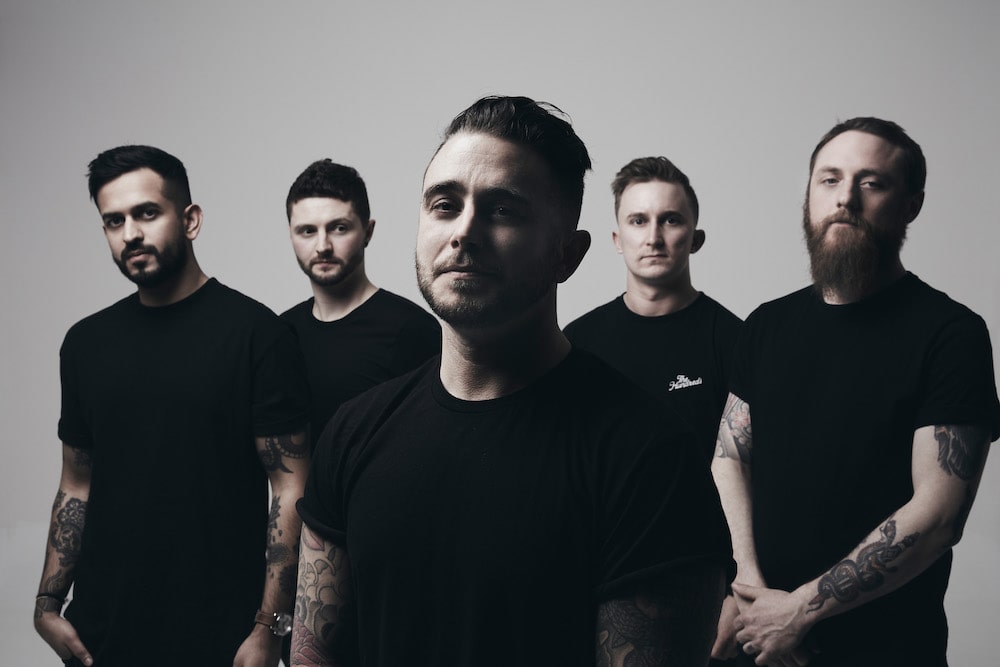 “There is this massive feeling of disconnect with everything, that could be politics or just social media”

Stepping out of the shadow of an established member of a band who has put their stamp on heavy music can be a daunting task. However, for Kaan Tasan joining Heart Of A Coward, it wasn’t just about filling the shoes of his predecessor but to bring a new perspective to the band.

With the release of the band’s fourth record, ‘The Disconnect’, the band has taken an even further step away from their Djent roots, into a more progressive and melodic metalcore sound. And Tasan explains that as people grow as musicians, the repertoire of influences expands, and in the case of Heart Of A Coward, it gave the band a deeper pool to dive into a construct the latest offering from the band.

Tasan said: “As a band grows and people learn to play their instruments in a more mature way and you get inspired by a range of different things. As your music taste develops all these things get added into the mix. As a songwriting unit, we have really refined what exactly it’s we want in the sound we are aiming for. ‘Deliverance’ was an awesome album, there were heavy riffs and really cool hooks, but when we were developing the writing process for ‘The Disconnect’, we realised there was a lot of fat on what were really awesome songs on that record. This time around the sound is a lot leaner and more refined.”

If there was any scepticism on how the band would move forward following the departure of former vocalist Jamie Graham, this quickly disappeared after the first run of shows the band did with Tasan front and centre. But the vocalist admits there was a bit of nerves at first, but now feels like he has found his voice within the quintet.

“It was defiantly a sink or swim situation,” he adds “It was pretty nerve-wracking going into those first few shows but I now feel completely comfortable and the social dynamic of the band has settled. We’ve had the chance to go tour mad and writing mad and I feel like I’ve been able to add my own flavour to the band.

“There was a lot of pressure with those first few shows, and I knew I could do the old songs with my own style to them. The guys would not have picked me if they didn’t think I was to their standard, but I felt like I have to do Jamie’s stuff justice. That first time at the Boston Music Rooms standing side stage when our intro music hit I was like ‘fuck!’ but the reaction was amazing.

“There was a bit of negativity of the unknown up until that point, but after that it silenced a lot of the critics.”

When Tasan had joined the Heart Of A Coward crew, its other existing members, Carl Ayers (Guitars) Steve Haycock (Guitars) Vishal “V” Khetia (Bass) and Christopher Mansbridge (Drums), had already begun the writing process for their next record. However, the introduction on the new frontman brought about a new perspective and meant things almost went back to the drawing board from the band when it came to producing ‘The Disconnect’.

“They had about eight songs which were ready to have vocals added to them,” Tasan explains. “But after working on them for a few months we only kept two of them and it changed the dynamic of things of what we wanted.

“I have always been a fan of big choruses and I have always had a more melodic scream, so that is what we started thinking about when we were demoing this new record. I feel like I am able to bring a bit more melody to the table.”

With the new record delivering a more direct and melodious sound, one thing that the band have said is they want the content to be open to interpretation. But as its title suggests, the overall theme of the bands latest offering is the feeling of disconnecting from something in life.

“I write what’s going on in my head, whether it is something that is affecting me directing or pissed me off,” explains Tasan. “But one subject that really resonated with everyone in the band was to give the songs a political undertone as it is impossible to avoid that things are spiralling out of control at the moment.

“There is this massive feeling of disconnect with everything, that could be politics or just social media where people are scrolling through Instagram presenting a personality that isn’t truly them. There is just a massive disconnect that people are just hiding away from the wider issues that are going on in the world.”

Despite the album’s political spine and disengaging theme, Heart Of A Coward want their music to speak for itself and allow the listener to make up their own minds on its message. Kaan closes by stating, “it is not direct as something like Rage Against the Machine, but what I really like with what we have achieved is that it is direct enough for people to be open to interpretation.”

‘The Disconnect’ by Heart Of A Coward is out now on Arising Empire.