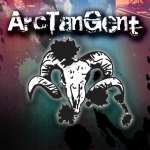 The first set of bands for a new Bristol-based festival has been announced.

ArcTanGentwill take place from August 29th to September 1st and will be headlined by 65daysofstatic.

Tickets are available now at an early bird price of £49 (reduced from $59.)

Further information can be found at arctangent.co.uk.