2000Trees Festival’s James Scarlett: “You have to move with the industry” 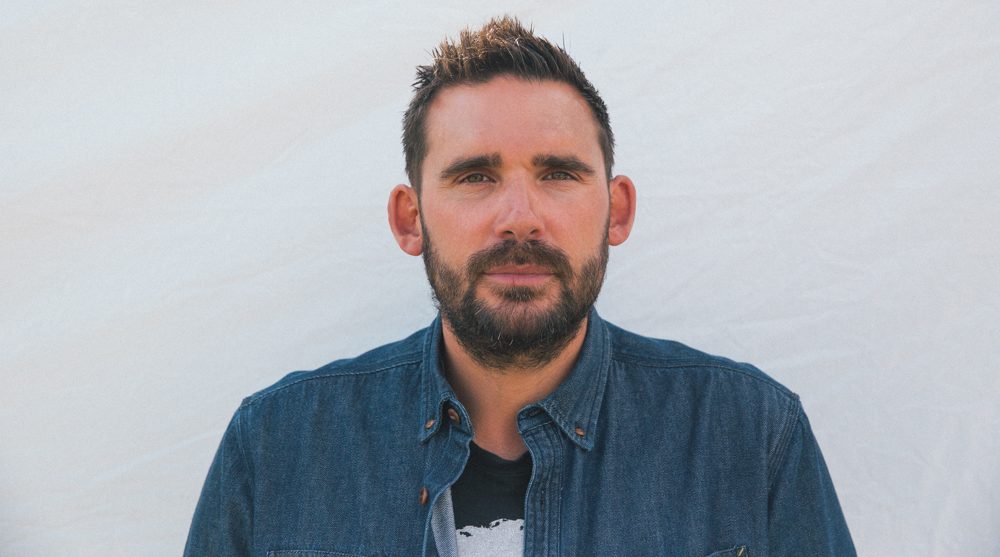 If you’re someone with a passing interest in rock music, then you’ll know that rock has been declared “dead” several times in recent years. Yet, thousands of rock fans still descend on festival fields every summer. For many fans in the UK, the 2000Trees Festival has become an annual highlight. Admittedly where some rock orientated festivals have folded, the Cheltenham-based event has continued to grow.

While the festival has grown with headliners coming in the form of Enter Shikari and At The Drive-In this year, the core group of friends that founded the festival back in 2007 continue to organise it every year. Amongst that group is James Scarlett, one of the notable curators behind booking 2000trees. Having seen the festival grow from 1,000 to 10,000 attendees, Scarlett has been central to it becoming of UK rock’s most beloved festival. Even to the point of unrealistic expectations.

“I think in terms of the bands we book, I definitely think people’s expectations are sometimes a bit unrealistic,” says James as we spoke to him on the final day of the festival. “Although when you book Enter Shikari and At The Drive-In, people start asking me about ‘do you think you can get Queens of the Stone Age next year?’ Well, probably not.

“I’d love to have a Queens of the Stone Age or a Biffy or a Deftones but I think that might be a step to far [for us]. The expectations are heightened and I do feel the pressure you have to book a better lineup every year. I think we’re doing it right. People seem to be having a good time.”

From spending three days at Upcote Farm, it’s clear Scarlett and company are doing things right with crowds spilling out of tents even for the opening bands. “I went to see Nervus yesterday. I walked up to the tent (the Neu stage) and I was like ‘oh? we need a bigger tent’. I couldn’t believe how busy it was for such an early time of the day,” James reflects.

Despite being part of the 2000trees team for over ten years, Scarlett feels the role of booker is constantly changing. “I think every year I decide a different thing is the way to go. There isn’t a formula that we follow,” he explains. “The lineup for 2000trees has become more rock orientated over the years, but not necessarily really heavy. It’s a bit of pop-punk, some hardcore, some pop-rock stuff and then some alternative. You have to move with the industry. Some years pop-punk is really popular, some years it might be post-metal. I’m learning every year.”

Throughout his time as 2000trees booker, Scarlett has seen other festivals evolve or disappear, and to an extent, that has been beneficial to its growth. Where events such as Hevy Festival have ceased to exist, James highlights the characteristics that makes 2000trees such an appealing festival.

“The thing that 2000trees have got something that others don’t, that it is beautiful here. It’s absolutely stunning. We spend a lot of time and money on our facilities, making sure we’ve got good toilets, really nice food and drink. It’s not a warm pint of lager and a horrible burger. It’s a clean site with a good litter picking team. All that sort of stuff and friendly staff. I think we’ve managed to foster that nice feeling. So you can come to 2000trees and not feel like you’ve been ripped off or being herded like cattle.”

And while the world-renowned Reading and Leeds Festival is on a different scale to 2000trees, James shows some concern for the knock-on effect the growing diversity that festival could have. “I don’t know if it’s a good thing for the rock world, in general, that Reading and Leeds doesn’t seem to be going that well for rock bands there.

“From what I’ve seen, At The Drive-In put on a much better show here at 2000trees from when I saw them at Reading a couple of years ago because there doesn’t seem to be any rock fans at Reading. I feel it could be dangerous to the rock industry.”

“Bands like The Xcerts, Arcane Roots, Black Peaks, they hang around and come every year. My dream is to have those bands headline the main stage.”

While the discussion of rock music in the festival market is a much wider issue for another time, for now, 2000trees continues to thrive. Each year, it welcomes new and emerging acts as James name checks Brutus (“the most underrated band”), Nervus, Holiday Oscar and Bitch Falcon as some of the standout names from this year’s festival. Whereas returning favourites such as Creeper, Arcane Roots, Black Peaks and The Xcerts have grown alongside the festival. Admittedly at any other festival, some people would disapprove of the same bands being booked year in, year out, yet the 2000trees community accepts and welcomes it with open arms. In short, fans love coming to the festival and so do the bands that perform almost yearly.

“I was chatting with Will from Creeper last night. He was telling me about how they came here when they were a nobody band, now they’re headlining the second stage and how he loves being part of it,” James tells us. “Bands like The Xcerts, Arcane Roots, Black Peaks, they hang around and come every year. My dream is to have those bands headline the main stage. Twin Atlantic, Nothing But Thieves and Slaves all played here before anyone had really heard of them, then went on to headline our main stage.”

Like many festival bookers, the issue of future headliners pops up during our time with James. Yet as you can expect from a festival of 2000trees‘ scale, their planning isn’t on par with the years ahead festivals such as Download deal with. “Sometimes we book just over a year in advance but usually, it’s about 11 months in advance,” James explains. “If you’re booking someone like AC/DC or Iron Maiden like Andy Copping is at Download, they’re planning years and years ahead. It’s not like that for us. Even the bands we have here, the Enter Shikaris and At The Drive-Ins, they’re not talking two years in advance. We’ve got some ideas for next year, we’ll see. Choosing the headliners is always tough.”

James is also aware of another ongoing talking point amongst the UK festival scene – gender equality. It’s an issue that 2000trees have considerably been made guilty of due to comments made by 2016 headliners Refused. During their set, frontman Dennis Lyxzén commented on there being a lack of female representation at the festival.

“I thought what Refused said was appalling and badly thought out. Some festivals should be criticised but I don’t think we’re the festival that should be,” states Scarlett. “As a booker, I’m absolutely doing my best to get as much female representation on the lineup as possible. However, I resent the fact that I would be expected to book a band on gender because they might not be very good.”

As James goes on to say, the evidence is there to see with names such as Marmozets, Rolo Tomassi, Employed To Serve, Brutus, Vukovi, Sløtface, and Muncie Girls being part of the lineup in recent years.

“The reality is that Brutus are amazing. Dream State, Dream Wife, PINS are amazing bands. I’m not booking them because they’re women. I’m booking them because they’re amazing. It is a case of quality over quota but as a white male, I realise saying “I’m not sexist” doesn’t really hold any water because obviously, I don’t think I’m not. But we’ve been pushing bands like Rolo Tomassi and Employed To Serve for a long time.”

Away from the music, the bars and food vendors, 2000trees has proved to be a socially conscious festival, welcoming non-profit organisations such as Safe Gigs For Women and Heads Above the Waves to promote their message of safe spaces and mental health awareness. “Those organisations are amazing. I think mental health in the music industry particularly isn’t talked about enough and I feel very strongly that it should be, especially given how we’ve all be affected by Scott Hutchinson’s passing. It’s such an awful situation,” says James sincerely. “That’s something we’d like to grow. If there are any organisations out there that are interested in being involved with 2000trees, I would recommend they get in contact as we’d absolutely love to work with them.”

Even though 2000trees has grown in reputation and attendees (this year being the most tickets they’ve sold), adapting and evolving is still something that plays on Scarlett’s mind. This years event saw them adopt a cashless system with seemingly few issues. Like preparing the festival in general, James and his team spent months making sure it was right. “I was scared it’d go wrong but I think it’s been a complete success,” James says with a hint of relief.

More predominately was the possibility of adding another stage to the festival next year. “I was watching Conjurer yesterday, that was busy, they clashed with Creeper. I was thinking ‘if Conjurer is busy, maybe there’s scope for a new stage next year?’ Like a heavier stage that’s perhaps more of the stuff I would listen to at home,” James hints as he also ponders the crossover appeal with 2000trees‘ sister festival, ArcTanGent (ATG).

“And So I Watch You From Afar played here yesterday and they’re playing ATG, so there is definitely some crossover in audience. I think ATG is a different thing,” says James before going on to explain, “I think a lot of the people that come 2000trees, wouldn’t know most of the bands at ArcTanGent. And a lot of the people that go to ArcTanGent would look down their noses at the bands that play at 2000trees.”

Even though James is unsure if there is a crossover appeal between both festivals, he is willing to give a go. “Maybe one day we’ll put a load of ArcTanGent-y bands at 2000trees to test the waters. Maybe it’s time we had another stage, I’m not quite sure.”

Whether or not James and his longtime friends decide to add to 2000trees‘ expansion is yet to be seen. In the meantime, they can reflect on another successful festival. One that is welcoming and thrives on a friendly, community spirit that makes you never want to leave.

Where some are claiming rock is “dead”, its pulse is still beating at Upcote Farm.